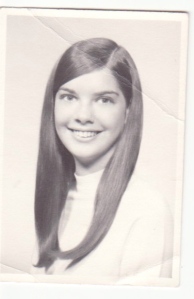 I was at loose ends late one night and decided to pick up my paycheck before Benihana’s closed.

I enjoyed driving downtown when it was pitch black and uninhabited, the darkness punctuated by neon signs seen only by me, the red and green traffic lights making every night Christmas eve.

The light turned yellow as I neared the intersection.  I decided to keep going, not wanting to wait for the lengthy walk/don’t walk process directing non-existent pedestrians.

Suddenly the world around me was pulsating red and blue, blaring sirens making my steering wheel shake, the vibrations traveling up my arms.

I went down the ramp of the restaurant’s underground parking garage, happy to put distance between me and whatever calamity was happening on the streets.

A squad car followed me as I descended, the siren mercifully silent, the lights bouncing off the concrete walls.

An officer sat in the front and a handcuffed criminal was in the back seat.  The lawbreaker was a dead ringer for Charles Manson, complete with wild hair and crazy eyes.

The policeman stepped up to my now open window.

I really didn’t want to get a ticket, so I tried to come up with something conciliatory.

I started to apologize when another voice piped in.

I surveyed the empty facility.

It was the criminal.

“Charles Manson” was condemning me.

Knowing a lost cause when I saw it, I waited in silence as the officer filled out my summons.

I glared at the handcuffed creep in his back seat.

He returned my gaze, unabashed.

I swear he looked sanctimonious.

I hope he got life.